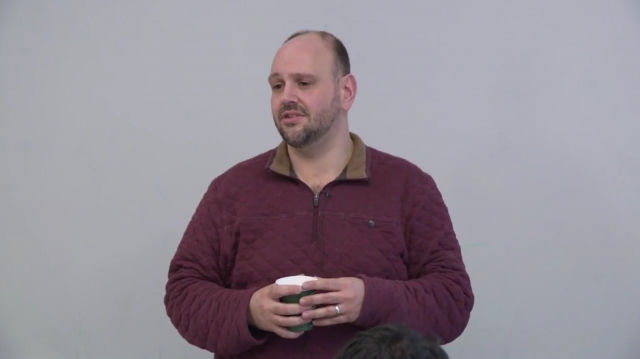 The juggernaut Apple has come up with a new strategy to enhance security and stability of all its products and services. Sources have revealed that Apple has hired Jonathan Zdziarski,who has been a pioneer and leading expert in security for several years now.  This hiring will enable him to provide his valuable insights and significant expertise to Apple.

Jonathan Zdziarski has written multiple books on iOS. In addition to this, he is also a very outspoken supporter of Apple and took the stand for the company when it was dealing with FBI during the previous year. The news was revealed through his blog where he stated that he will be joining the security engineering and architecture team of Apple and will be working on the domain of providing protection to user security and the privacy of iOS devices.

Jonathan Zdziarski also said that the decision to join Apple has marked the conclusion of the feelings he had in his conscience for quite some time now. He stated that privacy is actually very sacred and the lives that are represented digitally speak volumes about us and reveal who we are and this includes almost everything like the interests of a person, his deepest thoughts and even our beloved people. He also said that he is really looking forward to working with the team of Apple and is really thrilled as this is the team that shares a passion for protecting the privacy of people all around the globe.

During the earlier part of his career, Jonathan Zdziarski had worked on the process of jailbreaking iPhones and in the year 2014 he was responsible for raising the backdoor issues in the products by Apple. During this time, Apple had made a statement that said that the functions and the utilities that were identified by Jonathan Zdziarski were the capabilities of Apple product’s diagnostics. The most recent technology advancement made by Jonathan Zdziarski was a security application by the name of Little Flocker, which is designed for the Mac Operating System under the flagship of Apple.

However, Apple had denied providing any statement as far as the hiring of Jonathan Zdziarski is concerned. But according to various experts, the move to incorporate a world-famous expert amongst its workforce is great for Apple and it will surely make them grow and prosper in the long run. When Jonathan Zdziarski was asked about his hiring, he too refused to give any information, but his blog stated that he is excited to work with the team of Apple.