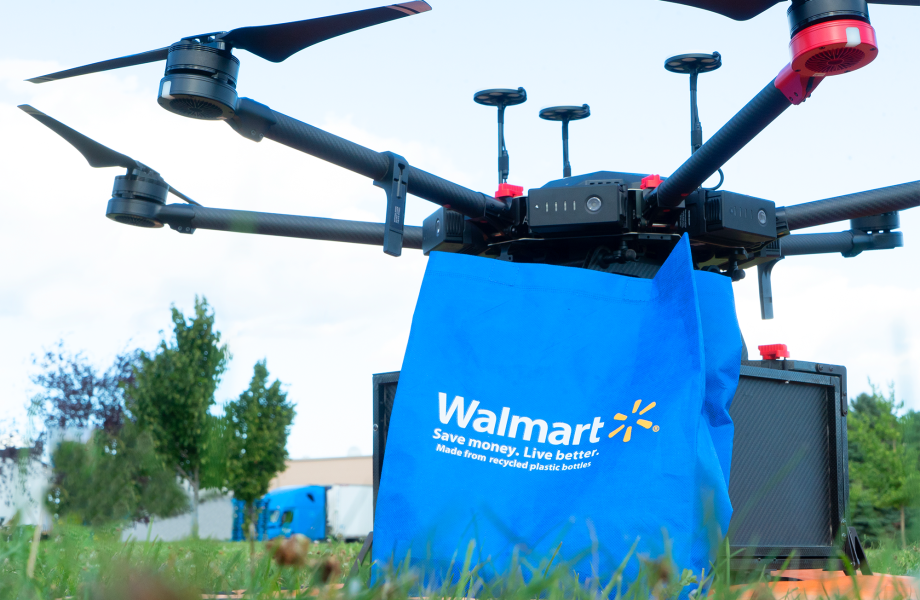 The future doesn’t deem to be very far as Walmart has deployed its drone delivery system and has made dream a reality. Now, this may seem like an optimistic future to a lot of people out there, but not everything that glitters is gold.

We already know how much we have become dependent on online stores. People even tend to buy small daily need stuffs online, which they can easily buy by walking to a Walmart outlet. With the deployment of these new futuristic drones that can deliver stuff to your doorstep, imagine how much more time we will spend roaming around with our smartphones in our hands. We have just evolved to become lazier as the technology is improving day by day.

It is a bit worrying how much we are becoming dependent on technology for our day to day chores. You can’t deny the possibility that very soon our sky will be full of drones carrying people’s crap, covering the entire sky and roads full of card boards and excited cats.

Walmart has collaborated with drone delivery company Flytrex for their new pilot program. This program is set to be launched today in Fayetteville, North Carolina. The drone that we can finally expect to see flying through the sky is said to be operated and controlled over the cloud, which uses the technology called “smart and easy control dashboard”. However, in their press release, Walmart didn’t specifically say that these dashboards will be controlled by humans or AI.

The company stated that they are intending to use drones to “gain valuable insight into the customer and associate experience, from picking and packing to take off and delivery.”

When you hear things like ‘cloud-controlled’ drones, the thought that instantly strikes your brain is Drone Accidents. But Walmart has ensured that there is no immediate danger to anyone’s life regarding drone accidents. They mentioned that the technology will take a lot of time to get developed in a way to be used in real world.

Walmart and other companies like Amazon are all set to deploy drones for their delivery system. Amazon’s drones even got FAA’s permit to fly. This race of getting the first delivery drone to the market may also come with a cost of someone’s lives as in the end it’s a machine, which can malfunction anytime. But let’s hope for the best.