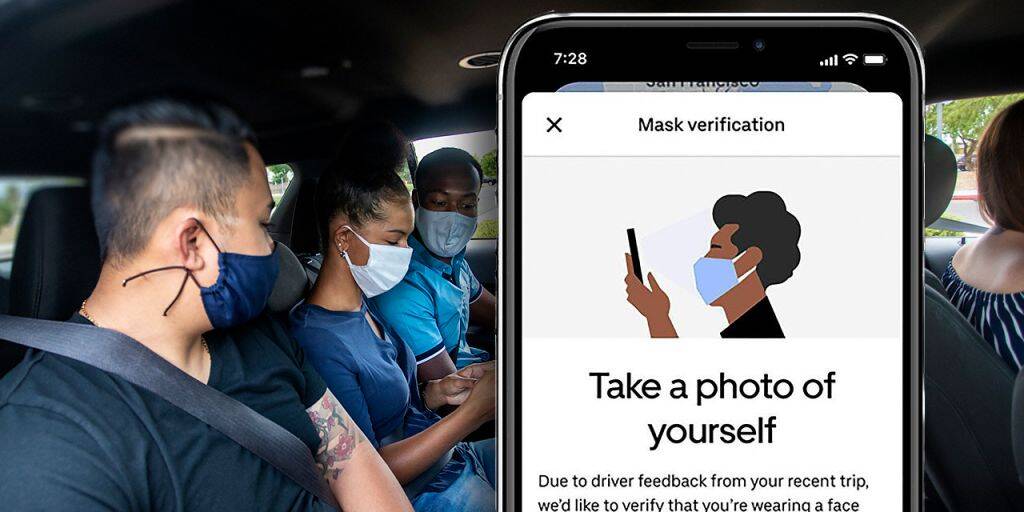 The coronavirus pandemic has made all the industries around the globe to mould themselves in order to normalize business again. Major measures are being taken by different companies to cope up with the situation in order to do business.

Uber has also come up with a new feature that will require the customer to upload a selfie with mask on before entering the cab, thus confirming that they are putting on a mask during the ride. Previously, this feature was deployed only for the drivers to ensure that they are safe, but now the company has realized that this pandemic is not going to vanish anytime soon.

“With the addition of this new feature, one driver’s feedback can help ensure the safety of Uber for the next driver,” the company stated.

The mask verification feature is for those riders who failed to wear a mask previously or was reported by a driver. By the end of September, the feature will be rolled out for USA and Canada and after that to Latin America and other countries too.

The company stated that the app won’t access any biometric information but will use AI to confirm that the customer is using a mask on their face. This feature was initially intended to rolled out only for the driver and Uber Eats delivery workers as a way to ensure the safety of company’s employee and their family.

“Wefirmly believe that accountability is a two-way street. That’s why we’re expanding the same technology to riders, too,” Uber said.

There has been a report of over 3.5 million drivers and delivery workers having completed more than 100 million mask verification since the coronavirus pandemic started.

Since the outbreak of the virus, use of mask has been highly advised by the medical experts. Thus, Uber announced on July 1 that wearing a mask will be required by all the passengers and the rule is strongly applied in USA and Canada.

Uber has seen sharp drop of 73% due to coronavirus outbreak that had made people to lock themselves in their homes. However, the company has invested in more than $50 million in safety equipment to ensure the safety of their drivers as well as their customers.