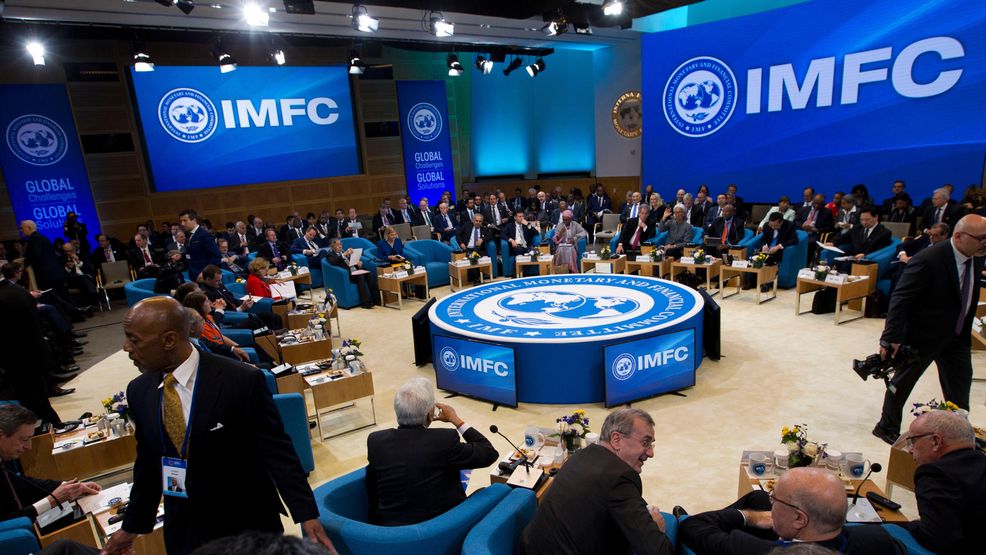 It is quite evident from the spring meeting of the steering committee of the International Monetary Fund (IMF) held in Washington that they have drifted to speak the language of the new US administration.

When the closing statement was released, the agenda was more or less the same as had been set forth in the fall. The point to note was the subtle change in the language concerning the free trade and the climate change initiatives.

During the fall meeting when it was expected that Hillary will be the new President of the US, the closing letter mentioned the word ‘free trade’, but now with Trump in power the words were changed to “free and fair trade.” While to a naïve person, these both might appear the same, for those who understand they mean two different ideologies altogether. IMF board for sure is not naïve and understands the proper distinction between the two.

Trump administration is looking forward to cut US trade deficits. Trump strictly believes in America First policy and thus has threatened countries like China and Germany to impose taxes as they have trade surpluses with the US.

Thus, moving in sync with the new administration policies, IMF has dropped a pledge to fight trade protectionism. It warned that if protectionist policies are followed then it would result in choking off the improvement in the global growth.  Its statement says that the member nations will work together to reduce current account imbalances and global trade through appropriate policies.

Speaking about President Trump’s views, Steven Mnuchin, the US Treasury Secretary said in the meeting that he “believes in reciprocal trade deals and reciprocal free trade”.”What that means is that if our markets are open, there should be a reciprocal nature to other markets which should be open as well.”

The chairman of the IMF steering committee, Agustin Carstens who is the Mexican central bank chief tried to downplay the change in the stand of IMF on protectionism by calling it an “ambiguous” term. He said, “Instead of dwelling on what that concept means, we managed to put it in a more positive, more constructive framework.”

Trump has been quite vocal about the issue of free trade as well as on investments in climate change, reducing carbon footprints and carbon taxes. In fact, he has rolled back the regulations of Obama era on the same. The current closing statement of the IMF meeting signals the fact that it is influenced by whosoever is in power in the Oval office.