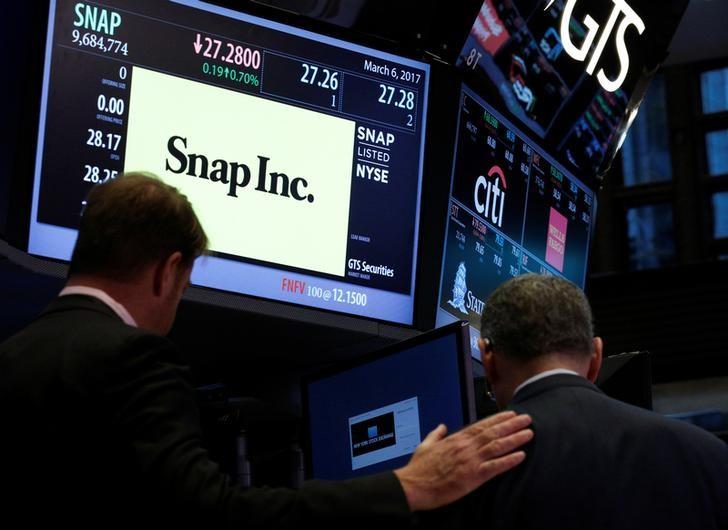 Snap got listed on the New York Stock Exchange with a big bang and the shares closed some 44% higher than the issue price on day one itself. The investors went crazy for the biggest IPO of $3.4 billion despite the fact that they were offered non-voting shares and the company is making losses.

It was precisely the reason that some of the fund houses kept away from the IPO and none had given a buy rating so far. But finally, Snap got its very first buy rating from James Cakmak, a Monness Crespi Hardt analyst. He has given a price target of $25, while the share is hovering around $20 levels these days after touching $29 intraday on its very second day of getting listed.

The first two days of listing were of explosive gains for the stock, but then it fell as the euphoria settled and the investors got worried about the lack of profitability and the high valuation.

If we compare the average of various analysts’ buy, sell and neutral recommendations, as per Thomson Reuters’ data, then Snap is one of the worst-rated stocks among the 288 US companies having a market capitalization of a minimum of $20 billion.

Cakmak said, “We see a company with the potential to outpace revenue growth of peers by 7x, along with a steep margin trajectory, while peer margins have likely peaked.” He is of the opinion that the company is best equipped to align its ad products to enhance the user experience, which he finds missing in other social platforms.

Cakmak is confident of the immense opportunities Snap has in the premium content. He is of the opinion that Snapchat is something comparable to channel surfing in premium content and not in the traditional television. Those who don’t agree with Cakmak’s point of view says that what he fails to acknowledge is that most of the social media platforms these days are taking up short-form visual content and these rivals are also financially more stable.

Snap is a new player when it comes to advertising business and hence there is a big question mark on whether it will able to execute it flawlessly and will be able to retain the advertisers in the long run.

The analyst has given a figure of $4 billion in revenue to the company by 2019, but he has not explained how the company will hit that mark.