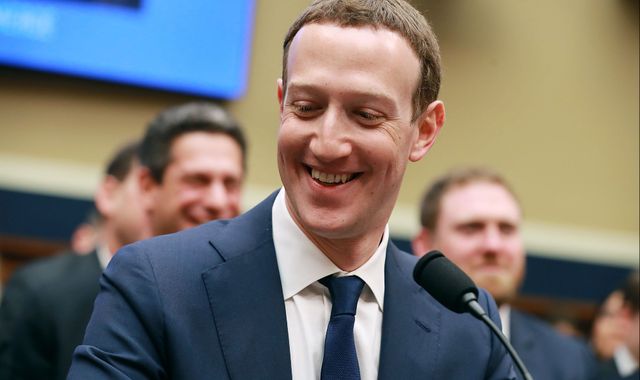 Last year, when Facebook’s CEO Mark Zuckerberg delivered a speech in Washington DC about the freedom of expression, he also raised the alarm regarding the threat that the Chinese apps possess against US citizens’ private data and US business system. He was very particular about the video sharing platform ‘Tik-Tok’.

While talking to Georgetown students, he also mentioned that the rising rival of Facebook i.e. Tik-Tok doesn’t share the same commitment to freedom of expression and possesses a threat to the American values as well as the technological supremacy that America appears to be.

The above-mentioned problem has been raised by Mark Zuckerberg on his several visits to Washington and it has always acted as the centre topic of his conversation with several officials and lawmakers, according to some people familiar with the meetings. This concern was also raised to President Donald Trump by the CEO in a private dinner at the White House in October, last year. He mentioned that the rise of such Chinese companies can threaten the integrity of American business and the problem has to be taken more seriously than ever.

The Tik-Tok issue was also discussed by Zuckerberg with several senators like Sen. Tom Cotton, R-Ark. And Sen. Charles Schumer, D-NY.  Senator Schumer wrote a letter to the intelligence department for further investigation on Tik-Tok. A national security review was carried out on the app by the government, which further led to Donald Trump threatening Tik-Tok to be banned in US. The parent company of Tik-Tok ‘Byte-Dance’ a month time frame to divest its US operation and hand it over to a US-based company.

This sudden ban of Chinese apps from countries like India and US has raised a huge security threat for everyone across the globe. However, some companies have a lot to gain from the departure of Chinese apps from their nation as people are more likely to use their app now.

Zuckerberg hasn’t stopped after just raising his voice against the Chinese apps. Facebook has established a group called American Edge, an advocacy group that runs ads that praise the efforts of US tech companies in developing America’s economic power, cultural influence and national security. Facebook alone this year has spent more money on lobbying than any other company according to a survey by Centre for Responsive Politics. This number has increased exponentially if you compare the stats from 2018.